Videos from Various areas under occupation in the West Bank

20 years to the fall of the Berlin wall: Demonstrators toppled 8 meters tall concrete wall in Ni’ilin

Three protest marches were held today in the West Bank to mark the 20th anniversary to the fall of the Berlin wall, which has been declared an international day of action against Israel’s barrier. In Ni’lin, the 300 demonstrators managed to topple a part of the eight meters tall concrete wall that cuts through the village’s land. Following the direct action, the army fired scores of live rounds at the demonstrators.

A group of Palestinians from the popular committees down a part of the Apartheid Wall separating occupied East Jerusaelm from the rest of the West Bank. On Monday 9 November a hundred Palestinians waving Palestinain flags and wearing florecent jackets saying “WE ARE GOING TO JERUSALEM” took down a peice of the concrete wall near the Kalandia airport.

The GPHRC had a request for Digital video cameras with night vision. The Campaign donated 3 within hours the cameras were put to good use at Billin during a night raid by the IOF this film was shot using one of them 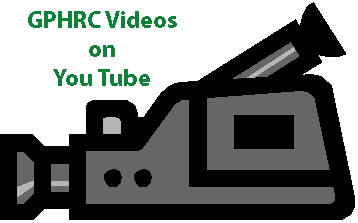 The Sun Doesn’t Shine in the Camp

‘The sun doesn’t shine in the camp’ is a 35 minute documentary on life in Balata Refugee Camp, Occupied Palestine. Filmed by international activists and Palestinians between December 2003 and March 2004, the film represents the suffering and struggle of the Palestinian people.

Composed of interviews with Balata residents and footage from the 2003-2004 New Year’s invasion, the film offers a unique view of Balata Refugee Camp.

During this invasion, 5 people were killed, 2 homes were demolished and dozens were injured. The 30,000 residents were held under 24-hour home imprisonment for the four-week period without access to food, medical services or supplies. Yet the residents of the camp continued to resist by breaking curfew, throwing stones, walking past tanks to attend school. Raw street footage shows the conditions people were forced to live under and their acts of resistance.

The soundtrack includes haunting but beautiful songs sung by children in Balata Camp. Some of these are available on this website.

Copies of the film are available on DVD in NTSC (American-Japan) and PAL (European) formats. The film was made by activists on small budgets, and all donations will be used to towards the film collective.

This movie is part of the collection: Community Video