GPHRC was formed in 2003 after visiting the West Bank. Viewing the conditions and speaking with people in Aida and other refugee camps, we were shocked to witness the poverty and injustice inflicted upon Palestinian people by the Israeli Occupation Forces.

We resolved to fund a young girl from Aida Camp whose dream was to become a nurse, but due to the Occupation believed it could only remain so. Four  years later, she proudly graduated, the first of GPHRC’s sponsored students.

At another refugee camp Balata , we heard about the sense of isolation people felt from the wider world, particularly as the IOF sealed-off the entry points to their camp while conducting military operations. They asked if we could supply digital cameras to photograph, film and record Israeli operations, placing them on the internet for all the world to see. It was their resilient way of fighting back with words and pictures, while teaching their children that there are many inventive and powerful ways of resisting the Occupation. 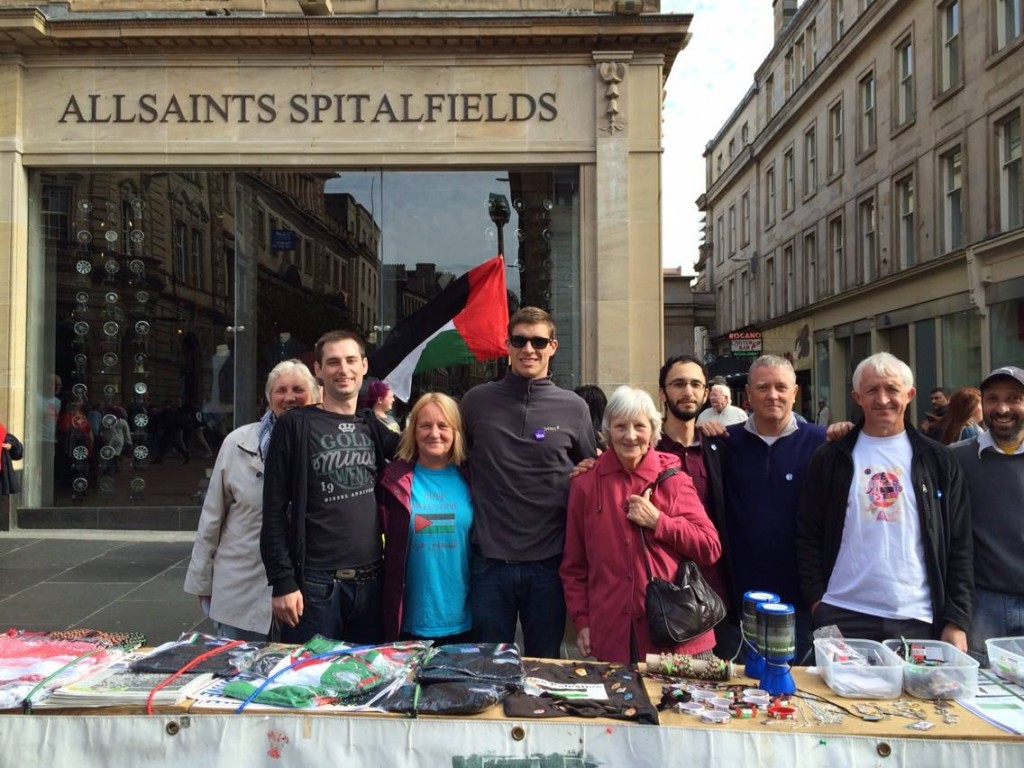 Our 3 aims of the Campaign are:-

Our Campaign now funds 8 students in various Refugee Camps throughout the West Bank.  We pay all their costs through University.

We also fund 7 children’s groups in several Refugee Camps.  At present because there is no money going back to Palestine we are funding the costs of rent, electricity etc.

Also lately we have been funding people who need operations and cannot afford them.

ONE HUNDRED PER CENT of all monies collected with our Campaign goes back to the above.  No money comes out for any reason whatsoever.

We also visit Palestine 3 or 4 times a year visiting the people we fund and also working for the Peace Movement in Palestine.